Evening Me Droogs N Droogettes!
Well, went over and talked to the Serb this A.M. vis-a-vis ye olde trespasser in the neighborhoodish.  Seems that -whomever- it was ain't from 'round herebouts.  A non-native who, by the grace of God, is still drawing good O2.  Mainly cos it woulda been bad if'n he'd done gone and made it inside with his compadre.

Of course the disposal of the bodies would have been a bit hard...  Cleanup on Aisle 2 would've needed a hell of a lot of more cleaner than I currently have on hand.  Seems said-dood(z) came in the 'back way' from  the main drag here in my A.O.

Th street used to end in a nice cul-de-sac that had cows and a orney mule that used to graze, but the farmer who owned the patch of land got an offer he couldn't refuse, and since the local gummit never bothered to check with us puny plebs, they're dropping a car wash and a Culvers in a where there used to be pasture. 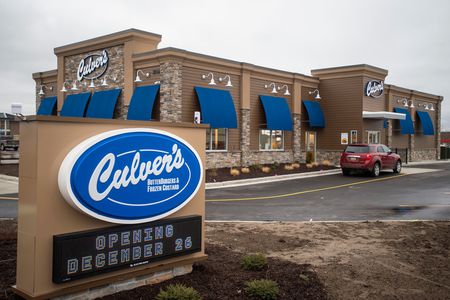 Good News-Bad News sorta dealio.  Now that my end of the A.O. is open to the main drag, it's waaay faster to hit the gas station, and other local needs far quicker than I used to do via having to go all the way through my development.  Thats part of the good.  The other is good/bad.  I love me some Culvers burgers and fried fish sammiches.  Me n Sapper made a house rule (primarily for the Mizzuz) that IF we go there, we gotta walk the 1/4 mile there and back.  Keep our lazy carcasses earning them Concrete Mixers ('nother whole thing that's good/bad).  The issue tho, is since they didn't ask our opinion, we now got a horde o'traffic coming through that we normally wouldn't have.

Somewhere in the Garage I got a Scorpion Spike Strip that I 'acquired' in Iraq o'lo so many years ago.... 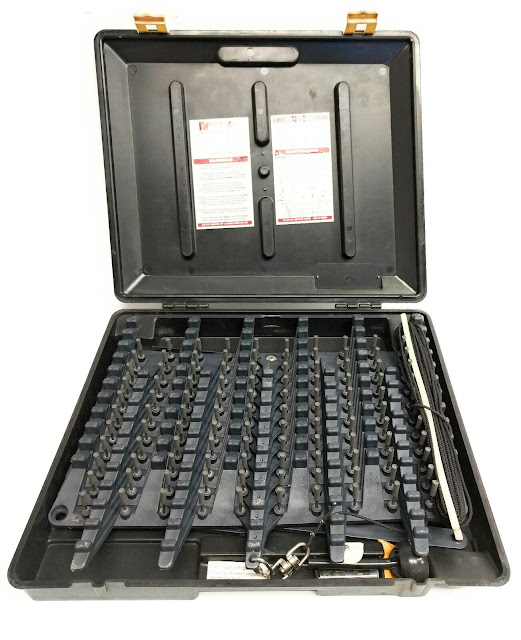 Pretty close to this stock pic I found, except mine has two folding tent-style pegs on the back of the briefcase...  you stamp the pegs into the dirt on the side of the road, open the case, pull out the lead ball on a string, and then throw the ball across the street, and ziiiing instant deployment of some expensive tire repair needs.

Not sure where it is in the current colostomy of my garage... ever since Sapper and the Mizzuz moved in, the place is a deeeee-stroyed mess of bullshit that eventually needs cleaning.  Maybe after I get the pool unfucked.

The point being was/is the Serb had his Ring Doorbell record at around 0145 a car come in from the new entry, and stop next to the house, where at which point, a very dark skinned individual dismounted and crossed onto my property.  The Ring actually has some impressive resolution.  The reason we know it was a member of the diversity cult was the fucker had to walk right under a lit street lamp, and while we couldn't pin down the exact race, the skin tone was definitely not a WhyPeepo.  Mex-hee-can or Black?  Unknown.  The only thing I -am- sure of, is if the stupid fuck tries that again, I'm gonna burn him down and bury his ass in the side yard.  Whos side yard is open to debate at this moment LOL.

So anyways, another day, another dollar slaving in the Salt Mines for the man...
So for that, we needs titties. 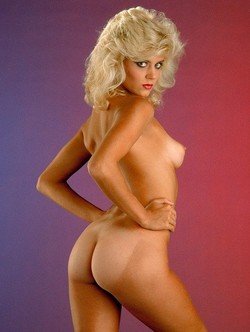 Other things:  Started working on ANOTHER project.  Got me a Poly80 Glock Frame I'm working on.  This lockdown, combined with a positive income flow has allowed me to get some shit started.  My only problem I see right now is I -need- to stop doing new projects, and finish the couple I have going on already.  Counting them all, one is the Savage extended mag, then the Poly80, and finally, my battle belt.

Seems dumbass me ordered the wrong size padded molle belt a ways back.  I have a big ass pelican case that I keep all my TA-50 in when ever I get or acquire some.  Vests, belts, pouches... all sizes shapes, colors... it runs the gamut.  During the whole 'ramp up' to the lamest apocalypse ever, I realized I didn't have a gunfighter belt.  Started putting it together from the odds'n'sods I already have... Nothing elaborate, just a basic run-n-gun belt with some basic amenities.  3-5 Spare mags in pouches, 1 quart water bottle w/purification pills, knife (large fixed) and folder in a smaller pouch on the sheath, first aid, drop mag pouch, and possibly  a holster for the Glock if and when I get that fucker done.

Seems the Moolle Pad I had, which seemed small was actually a Size Small!  My problem is being as huge as I am, sometimes I just have to deal with smaller-than-normal shit as it's a hassle to find gear that fits giant assed me.  For years I've wanted to open my own line of Tac Gear... I need investors tho... and I'm not sure how large a market in the REAL military (not the airsoft wannabes) has for some shit like that.

A 'for instance':  The IBA the Army issued me is a 6 XL-Long.  Yep.  4 Acres of Kevlar.  And the XL SAPI plates I got?  Yeah, they ARE big at 11x14, but realistically, I need like 14x18.  Heavier yes, but at least it'd stop a round.  And its NOT a gut issue (leastways it wasn't until this sitting around shit started LOL)... I have, last time I was measured, an 80+ inch chest.  When I went to my FedBro's wedding some time back, and we went to get my Tux, the ENTIRE STAFF of the Tux shop was there because they'd NEVER had to order such a huge Jacket, and wanted to see the freak who was gonna wear it.  I mean y'all have seen... they don't call me Big Country as a joke.

But yeah, a line of well made Tactical Gear for larger dudes... it may or may not be a money maker.  I -do- know that I can get shit made to order at Tactical Tailor, but the last time I did that, it cost me one leg, half an arm, and my third-born.

So, no more action on the trespasser... methinks a one-off, but if not, I'm geared and waiting.
Til Later I Remain The Intrepid Reporter
Big Country

Posted by BigCountryExpat at 9:45 PM