Afternoon Me Droog n Droogettes
Yep... more fun in the salt mines.
Meh... its a living.  I'm just going to LMAO if they ever listen in on some of my calls...  I get the question of "Why does your company do 'X'" to which I reply "Hey, it's a Evil Super Gigantic Multinational Megacorp... what part of 'evil' did you not understand?" 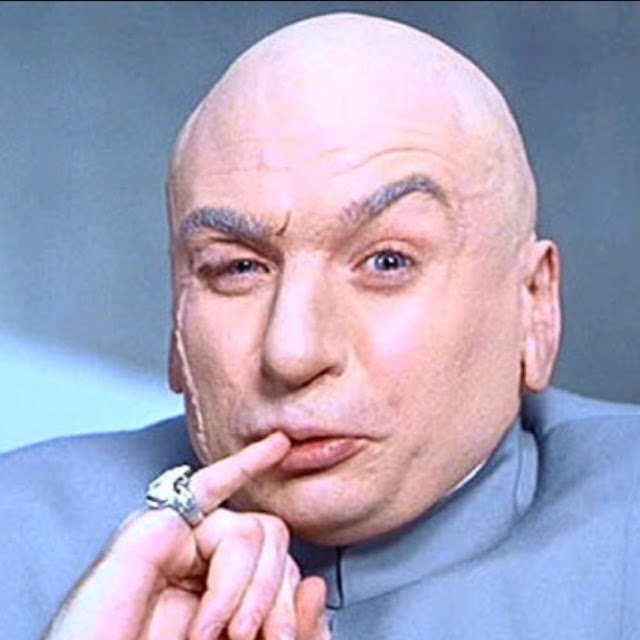 I mean Come ON folks... any company that's as big as some of them are, OF COURSE they don't give a fuck about you, or your biddness.  I mean fuck... I had one Dentist who invoices $54 a month start getting salty with me, and gave me the Hoity-Toity attitude that he'd "Take his valuable business elsewhere!" if I didn't fold like a lawn chair.

"I'll take Assholes with Delusions of Grandeur for $500 Alex!"

BWAHAHAHAHAHA!!!!  Really?  Dude, hate to break it to you, we got other folks... not even commercial accounts, that we bill thousands on monthly.  Residential accounts you stroke-fest.

I mean yeah, LOTS of small accounts add up to LARGE money, but you on your own?

Now, IF he was to get everyone in his Area to join him and do something coordinated, then MAYBE he'd get Evil Super Gigantic Multinational Megacorp to notice.  Beyond that?  Not so much.

More Later
I Remain The IR
BC
Posted by BigCountryExpat at 3:52 PM