Afternoon Droogs N Droogettes
Fuck UPS... Fuck Me... Fuck Facebook.... and the cat.  Fuck that cat too.  Lets see... to start:  FINALLY found some primers for 5.56mm Remington Small Bench Rest Rifle Primers... found 'em on Gunbroker.  ALL the way the fuck up[ in Alaska no less.  So then it was about a C Note to get the shit what with shipping and everything else... And then a note to the guy I bought it from a week and a half later saying "Tracking info please?" At which he finally shipped them.

Cut to a two week period later.  Fucking UPS.. "Delivery Today"... "Uh, no.  Sorry Delivery Tomorrow"... and on and on.  Fuckers LOST my shit but won't allow me to file for the lost shit for another 48 hours.  Goddamned fucking pieces of shit motherfuckers.

So, now I'm out $100 for the primers, getting the $$$ from UPS is gonna be a fucking lost fucking cause (been down that road before) and on top of it, I'm out of primers, and finding more? HA!

THEN 30 Day Suspension on Facefuck.  Apparently Da Jooz there don't have a sense of humor. 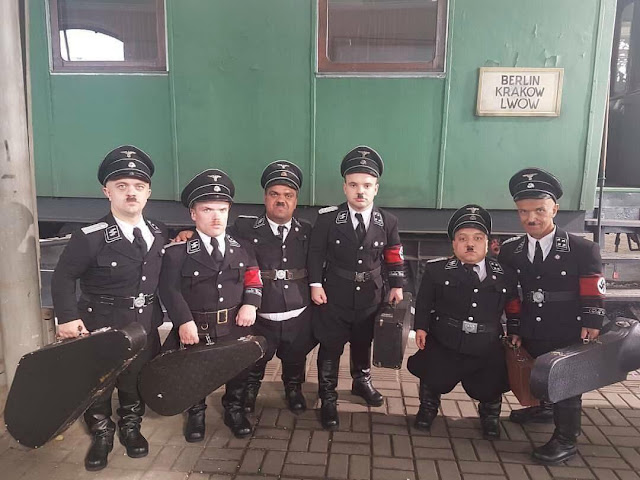 Yeah... suspended for the 1/3rd Reich.  Apparently Midget Nazis aren't allowed.
Fuck Zuckerborg.
And THEN
The cat is a lil dood.  I have to be careful with him b/c currently, he's in his 'pouncing/attacking' mode.  Very cute and kittenish.  He waits in ambush, and as you walk by he goes after yer feetz.  Doesn't actually use his claws... it's sort of a hug he gives you.

Well the lil fucker did it to me two days ago... and I almost squished him because his bushwack was performed from the reloading bench in the front room.  I -almost- crushed his skull because of the way he hit me mid-stride.

I had to shift fire so to speak rapidly or dead fucking cat.  At which my right foot impacted at combat speed into the wall. 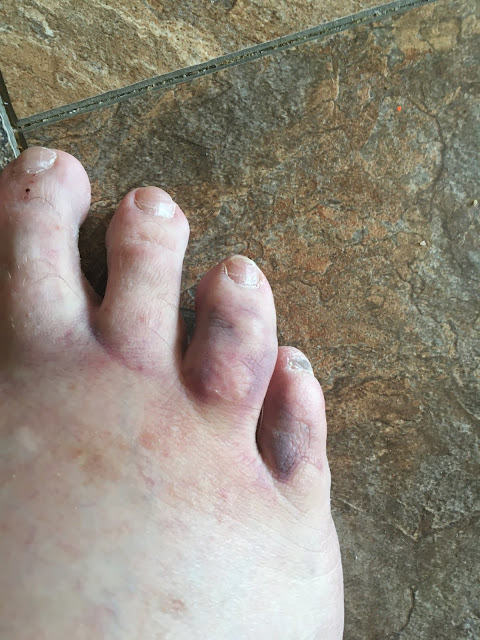 End result: 2x Broken toes, and a couple of feetz bones.  I'm now crippled like a motherfucker.  Just gimping around now, and playing the waiting game.  They're a LOT more black n blue now... I had to send that pic to my VA primary care to get the go ahead for an ER trip.  "Yeah, shit's broke!" was the reply.

God this's a fucked up week LOL
More Later, I have to get back into the Salt Mines.  At least I work from home, because gimping anywhere right now would totally suck more than I'd like.  Til then I'm the Intrepid Reporter
Big Country
Posted by BigCountryExpat at 10:11 AM