Afternoon me Droogs n Droogettes
Another somber American Holiday that no one really seems to understand...
Leastways the Greta Unwashed Retards...

And Liberals.  Although one could say that Liberals and Retards go hand-in-hand. 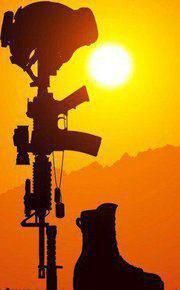 Yeah... quite a few people annoy the shit out of me on what has become more of a "National Beer and BBQ" day.

Got me a whole passel of people who never got to get old...

It's really disappointing to have spent so much time doing what I thought of at the time was the right thing in being in the military, going and doing all sorts of fucked up things in even more fucked up places, only to realize full on that we're no fucking better than Venezuela.  In fact, we're worse in many respects because we keep getting lied to on a daily basis.

And -nothing- is going to change this situation.  It's a slow burn...

A mighty slow burn...  Resources are slowly going to dwindle and eventually, the economy here is done.  Right now, the stuff I've been reading, the bankruptcies and closure of large portions of the economy are going to grind us down to dust, and there ain't a damned thing we can do about it 'cept keep driving forward, keeping the head down, and ride out shit as best we can.

Otherwise, I'll try to be more upbeat later... it's one of -those days- as I ponder whats to come and the friends I've lost over the years... it gets me down, primarily because we got fucked over by a bunch of shitbags who've never had skin in the game, and never have paid a price for all the bullshit they've pulled over the years.

Then see where we're at eh?
Til later I remain the Intrepid Reporter
Big Country

Posted by BigCountryExpat at 5:05 PM