Afternoon Me Droogs n Droogettes
Apparently Wirecutters blog took a GIANT shit (as well as his truck, AC and whothefuck knows what else?)

Dude is having a hell of a week on top of the whole trapped in the Casa mode.

If y'all get a chance to pop over, hit his tip jar.  Sound like he's needing it...
LINK To Wirecutter

So onto other news.
Got banned on Fuckbook by the Zuck.  Apparently you can't post something criticizing the dot gov, leastways thats my take on it.  Buddy of mine posed a ticket that he got that-wasn't-a-ticket.  Apparently the Gestapo stopped and put a sign on each persons car outside of a church on Easter. 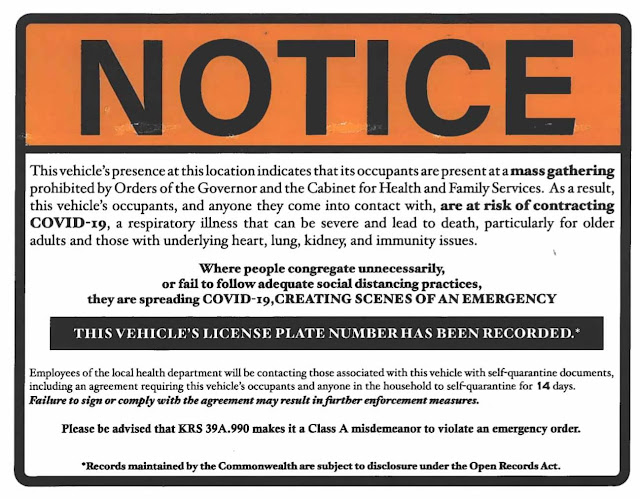 So I posted something about "Almost time to start shooting motherfuckers!" and put a pic up thusly: 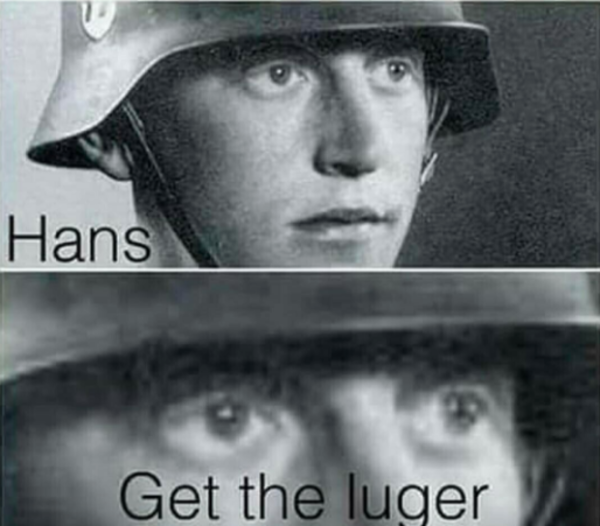 Whelp, apparently I hurt someones >feeelwings< and I got the three day "ban hammer" dropped on me in less time than it took for me to upload the picture.  Apparently the pic is "A Hate Crime"...  Which is sooo wrong in so many ways.  Would the same Hammer get dropped on me if it was this a US Soldier?
According to the Urban Dictonary: 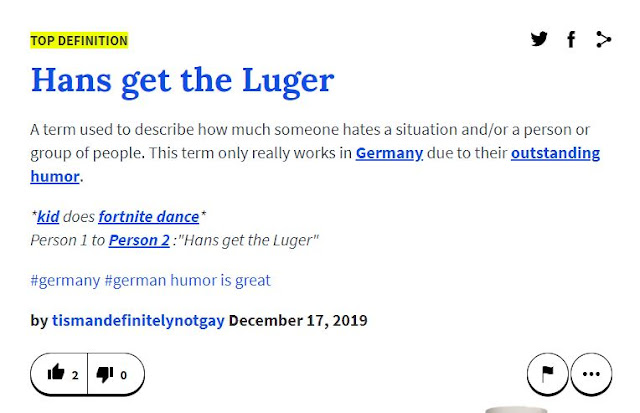 Granted even the dictionary has a humorous take on it.

To me, the fact that I got hit so quickly over what is like NOT an offensive meme and yet this: 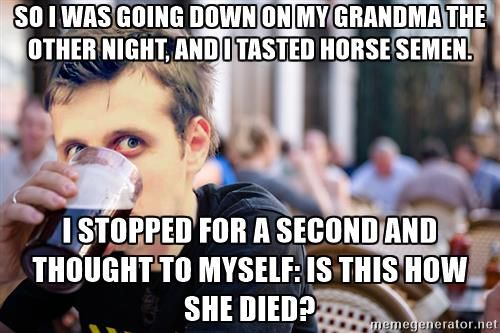 THIS is fine.
(((Fucking perverts))).  All of them.  Mind you I -do- think that IS funny but sick as fuck.  However the fact that I was hammering on the dot-gov and got slammed THAT QUICKLY tells me that the powers that be are getting nervous.  That and that the checks have not gone out yet...

Supposedly they were supposed to be out last Friday.  Thats what the USA Today article from 2 weeks ago said.  Now supposedly the checks have gone out to the lower-income folks.  Which I have trouble believing.  Not one of my friends on the Faceborg has gotten one, and I sure as hell haven't gotten one and my tax return from last yer?  Jesus I think I made only $8700 on taxable income for the entire year!!!  By all rights I'm in the "dirt-fuckin'-poor" bracket and should be seeing the Trumpbux in the first go-around.

I don't trust them.  I dunno -who is- getting paid, but it seems like the majority are sitting and waiting.  The $$$ date NOW is the 15th supposedly.

I'll believe it when I see it.  I personally think that the comptrollers are 'slo-rolling' the money.  The people there for the most part are Obamamy appointee, which means they're traitorous fucking scum, and are more than capable of causing pain if it means political gain.  I'm off the mind that Trump needs to go "Full Hitler" and arrest Shumer, Pelosi and alllllll those fucking political hacks and dump 'em in Gitmo.  Preferably in the Bay.

Fun Fact:  Castro was so pissed off about the US holding onto Guantanamo Bay back in the day that he had a Chicken Processing Plant built right on the bay.  The offal and blood and nasty was dumped directly into the bay, thereby drawing every known specie of shark known to man into the bay.  You can literally walk across Gitmo Bay walking on the backs of the sharks when the Plant is operational.  We used to joke that we needed to have a swimming contest for the Muj that were incarcerated.  "The Guantanamo 20 meter Swim" LOL!  In reality, the sharks are so bad that when you take the Captains skiff from the airport (the airport on Gitmo is on the other side of the bay, away from the base proper) that there are signs that say "DO NOT DANGLE LIMBS OVER THE SIDE OF THE BOAT" Apparently a few years back some more motivated sharks lept up and bit the dexter off some poor sumbitch who had his hand dangling over the side...  Fuckin no thanks...

So... I'm in the slam, the world is getting stupider, but at least I'm gainfully employed.  For now.  We lost the Grandma a couple of days ago I think... she's not on the call (she was ALWAYS asking for help) and has gone 'radio silence' so methinks she's our first casualty.  Happens all the time...

So, more hopefully tonight.  After work I got some shit I gotta do around the house, so I'll try and rant as the evening progresses.
Until then I remain The Intrepid Reporter
Big Country
Posted by BigCountryExpat at 1:40 PM