Up in the Morning with the Rising Sun...

Morning Me Droogs n Droogettes
"Gonna run all day til the runnings done!"  Ahhh the good old days of a brisk 2-3 miler at 0630 while still drunk.  Fumes pouring off of the hardcore boozers, making waves about the platoon, and the younger kids reeking of cheap beer and nasty perfume from the skanks they managed to cage up into the barracks for the night.

God I do miss it.

Total proof that Brainwashing works amiright?  Who needs the North Korean/Chinese Alliance to do it? 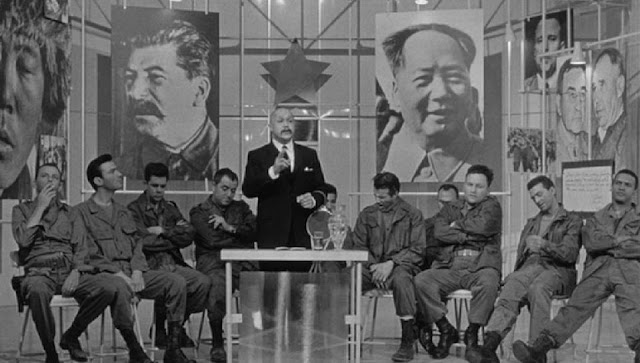 Great movie IMO and if you haven't seen the original, you need to.  Fuck that Denzel Washington remake bullshit... A heapin' pile o'shytte there.

So, speaking of Bullshit, Aesop is back at bashing anyone and everyone who doesn't agree with  him and follow the party line that are the Glorious and Highly Intelligent Pronouncements from Aesop-the-Mighty-On-High to us lower insignificant worms... leastways it seems that way.  He disabled comments a while back b/c of the argumentative nature of the Trolls, but I also find it revealing... anyone who seems to legitimately try to argue a point with his is, by his nature/observations, either wrong or stupid.  And he lets everyone know just how brilliant he is.

Me?  I was a fucking dumbass grunt.  I make no bones about it.  I got some skills in certain areas, but by and large, its Jack of All Master of None, as one can never truly master anything.  The first rule of Wisdom is "There's always something new to learn."

Thus, I think I got Aesop figured out... I might be wrong, but I discovered him blowing the horn/alarm loud and hard for the EbolaChan issue back a few years ago.  He was recommended by friend of a friend when I was lurking in ye olde intarhwebz and not actively dumping stupid out on the airwaves... He had some good points.  VALID points.. I mean good Lord... thank GOD almighty the chinks were fucking with SARs and not Ebola.  Chink-Lung Aids is bad enough for those of us like me (missing 1/2 an airbag) nevermind anything else worse.  BUT!  In the end, he was wrong, and his reader count I think probably dropped pretty precipitously.  Now, far as I know, he wasn't getting paid, in fact I KNOW he wasn't b/c he stated it outright on many occasion.

That being said however, he -did- nominally have a vast audience that hung on his every post.  Who complimented him at his foresight and knowledge.  Lots of people ALLover the web used him as the go-to for all things EbolaChan.  I mean shit, that particular disease?  Bleeding out from the eyeballs, nose, asshole and eventually your pores until you essentially become a gelatinous human-shaped pile of blood-soup, dead'rn'fuck and apparently, it's a horrible way to go.  He was the man and Johnny-on-the-spot for it.

And then nothing happened.

Zilch.  Bupkiss.  Nada.  Had to have sucked to a certain point to have been that wrong about something that big.  I mean not taking anything away from him but as I said before he was voicing valid points that no one in the Dot Gov agencies anywhere were talking about at any time.  BUT, the Intarhwebz is sorta unflinchingly vicious.  And his readership count dropped like a rock.  Until CoronaChan.

Now it's All Aesop all the time.  He's reopened comments apparently, but even in there, it's fawning all over him, or it's trolls cheering on Aesop taking apart someone piece-by-piece.  The very fact that half of his articles are opened with talking about 'butthurt cream' and all the bullshit like that, I'd say that he's getting the adulation from people again.  His constant harping on the "If you re-open you are Hitler/Stalin b/c you want everyone dead" is such horseshit.  You know what?  Since the -reality- of the situation has happened, I.E. the areas most affected ain't where I live, I give a shit about it.  Am I at risk?  Fuck yeah.  This shit'll kill me dead like Raid does Roaches.  People like him telling the rest of us how to live?  Fuck that.  Bye Felecia.  Too many Karens in the world, and thats what he's become, high on his own hubris.

That being said tho, at this point with the media AND a large number of politicians saying "We have to stay shut down because reasons!!!! makes me immediately suspect of their motives.  Mainly because the media doesn't give a fly fucking rats ass for anyone or anything outside of their little (((New York City))) and politicians?  All they give a fuck about is trying to fuck up Orange Man Bad. 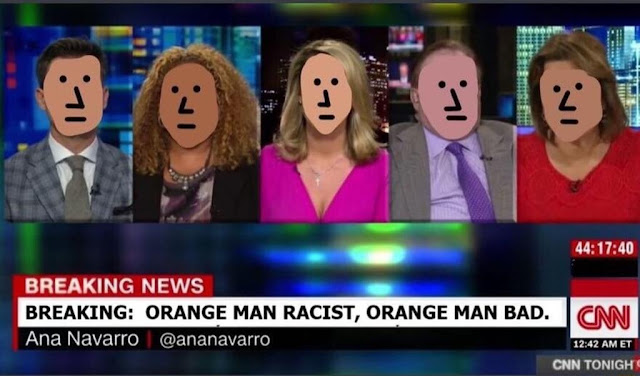 And the real issue is that they fucked up.  Or rather, the virus fucked up.  Mainly by NOT being that lethal to the majority of people, by NOT being as infectious as they would like, and by NOT happening closer to the election.

See, if the Chink Lung Aids had hit in say, July... hoo boy... wouldn't give much of a shot at his re-election.  But as it hit in February March, peaked and is now getting done in April, the only hope they have is one of two things:
1)  The "Second Wave" (if it is a thing with this bug) will come back harder, longer, stronger and faster.  If it hits any time in the summer, I'd be amazed, primarily because the flu don't like the heat of the summer.  They're fervently counting on this to happen as the Spanish Flu of 1918 hit first in March, then came back in the Fall.  Specifically September to November.  THATS what the politcos are hoping for... come back and fuck up everything in time for the election so they can parade out "Weekend at Bidens: The Finger Still Smells Like Fish".
2)  The other thing they may be hoping for is that the Chinese drop another "Oops" and let another bug out of the pantry.  I'm no expert, but the very fact that Joe Chink, The Globalists like Bill "Chinksucker" Gates and, well damned near everyone is trying to say that this wasn't China's fault, shows that it's the exact opposite.  Any asshole with two brain cells, and like me, took screen shots of the Daily-Daily Carcass Count from the Commie Lung Pox can show, uhh no, this WAS/IS/AND ALWAYS WILL BE The Joe Chinks fault.  I personally think it wasn't an accident.  The Joe Chinks had a LOT on their plate back in November/December of last year, what with Hong Kong lighting it up for months on end, unrest spreading to Mainland China, and on top of it, Trump telling them to GETFUCKEDLOLOLOL on trade agreements.  All this Commie Pox did was help them out.  Tell me I'm wrong?  Closed down the riots, allowed them to arrest any remaining dissidents (b/c the dissidents came out to broadcast how the Chink dot-gov was lying and fucking  up.  This allowed them to even further their already tight grip on the population.

So, that's what I got for today.
Til later, I'm the Intrepid Reporter
Big Country
Posted by BigCountryExpat at 6:12 PM