So Few Bullets."
Ford Fairlane, 1990
Morning Me Droogs and Droogettes.  Gonna be an alllll day affair here as I'm putting this together as the breaks roll on from work.  Nice work if you can get it, working from the crib.  I'm seeing the upside more and more...  They called 'break' and I hit the showers...  Fucing awesome to take a nice long (by infantry standards) 6 minute hot shower, and then getting back on this before they come back.  I'm running Skype, so when  I hear them starting to blather, I jump right back on.

So if I bail, y'all need to forgive me, duty calls LOL. 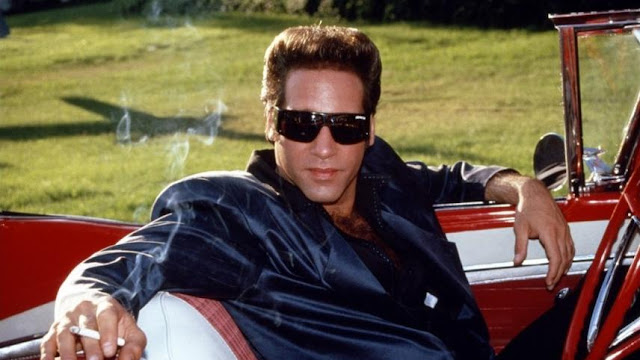 IMO, one of the most underrated movies in America... the swan song for the Eighties with a cast from hell... It was the end of an Era... Great Music, Hair, Clothes... fuck, the 80's had it all.  Coke, parties, Clubbin'....crazy times.  It's where I got the line at the top from... Ace has a perp running, and in what I consider a GREAT scene, snaps out a .38 S&W revolver from a spring-loaded wrist holster, gives the line, and plugs a round into the aforementioned Asshole.

Which brings me to my point, (in my usual roundabout way), is that these days, we seem to be suffering from the same affliction.

Too many assholes, too few bullets.

As well as too few people willing to alleviate the situation.

As I too, am guilty as fuck of being in the "All Talk : No Action" side of the house, I think that shortly, if the lockdown does not end shortly, those of us on the fence may get our chance to 'step off the porch.'

John Wilder wrote of this the other day and was pretty much dead on IMO.  He posits that the reason the groceries were all MIA for a while was when the lockdown happened, most people pre-lockdown ate 50% OUTSIDE the house.  So, less food bought for the house, more on the shelves.  When everyone got locked in, More food needed = less on the shelves as the previous food forecasts were for the "regular 50% eating out crowd."

Now, stores are getting back to normal, even tho everything is still locked down.  Now granted the amount of food orders have been ramped up, but the supply chain hasn't.  Meaning the factories and everything has not ramped up YET.  The follow up lead time to a ramp up would be measured in MONTHS, not weeks.  Foods gotta be grown, cows gotta be chopped, chikins gotta be grown.  The supply chain isn't at the level to keep the grocery stores at a "100% at home feed time" population.  I am a military logistician, I know of what I speak.

The Good News: The stores are almost fully looking like they're back to normal ('cept shitpaper... the lead time for that stuff is gonna be a while... from "Tree" to "Charmin" is a long wait...)

The Bad News: The reason the grocery stores are starting to get back to normal stockpile isn't that the supply chain 'caught up', it's that now, three weeks into this fuckfest, people are out of money.

Or damned near.  If they ain't, they're holding onto it like a motherfucker like me.  Which means people are going to be getting hungry.  Maybe sooner rather than later if the "Trumpbux" don't get out to the people.  If not... it could get ugly. 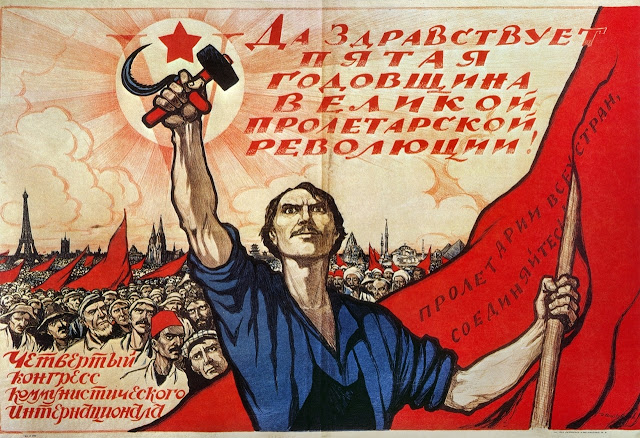 And the assholes in charge?  Methinks the coterie surrounding the (((media))) and (((their ilk))) and the motherfucking ree-ree's 'in charge' AKA Political Ratfuckers, AKA "Dead Motherfuckers Walking" AKA any member of the federal gubbmint are genuinely too stupid to understand that the 'normies' are getting pissed.  Nevermind us armchair revolutionaries, civ-nats, white-nats, alt-right, or hell anyone who's even slightly right of Lenin.  The fact is that none of those fuckers or their fucking families, are going to be missing a meal in the future.

And THAT is whats gonna light the match.

'Cause let me tell ya, if my grandbaby is "Hungee Papi!!!", then I sure as fuck have -zero fucks given- about remedying that.

Almost ANY human being with a decent OS in the Brain Case thinks the same way.

Only thing is, if and only IF you need to do 'dastardly deeds' to feed yer fam, make sure you target the right people.  Yeah... might be harder targets, but those only make it more fun.  And there's a difference between 'looting' and 'theft.'

'Theft' is stealing out of necessity.  It's why so many people got hemmed up back in the day in England and got transported to Australia.  Kids busted for stealing a loaf of bread at ten years old, get caught and shipped to Oz back int he day was like a death sentence.  Lovely people in Old Blighty... they're getting their Karmatic Payback now with the Mooslim Invasion for all those years of fucking people over...  If I saw (or was participating in) food theft from a large national chain (leave the small businesses alone gang), I'm down like a clown... "Need help with them bags ma'am?"  Use your skills to assist and help the weaker (old folks and young kids).  Make sure the next group doesn't get out of control b/c...

Looters.  'Looting' is a fucking nigger loading up 5 flatscreens and/or grabbing the bags away from a 80 year old grandma.  Those motherfuckers you terminate with extreme, nay JOYFUL prejudice.

THOSE are notches on yer sixgun you can be proud of.  Be part of the solution, not the problem.

I'm giving it two more weeks... IF the lockdown isn't formally lifted, AND the police state and general retardation of the Fuzz doesn't slow down, the people, initially will start off with passive civil disobedience.

Then, if THAT doesn't work, and/or the cops do something considerable stupid like in the movie "V" when that one secret agent killed the lil girl for wearing a Guy Falkes mask and the mob literally physically tore him apart.

Because it WILL happen as, unfortunately, Cops these days ARE NOT  hired for their mental acuity, but rather for the ability to mindlessly follow orders.  Which will invariably lead to an avoidable tragedy that would have been avoided if the pigs collectively had more than a retard level IQ.

Posted by BigCountryExpat at 12:21 PM