More Tidbits from the COVID Dumbassery

Afternoon me Droogs n Droogettes...
Off the phones and I'm better for it.  The morning started off just fine... as in a constant barrage of customers too stupid to pour piss out of a filled up boot.  I mean Jesus... how hard is it to listen to detailed, spoken-sloooowly fucking instructions?  As I can now see -why- the morons and retards in DC seem to think that they're oh so superior to the great unwashed masses....

They actually are... for a certain point of view.

By woke standards?  No-so-fucking-much.  THATS the major difference.  Self Awareness and the ability to see past one's own weaknesses, and attempt to overcome them, as opposed to the mouth breathers in DC... The District of Criminals has looooong been known as a cesspool/hive of scum and villainy to steal a line and paraphrase from a once-great Movie. (Once great in that it's been forever tarnished by the shitstorm that the series became... nothin' got out unscratched from that particular shit-festivus.) 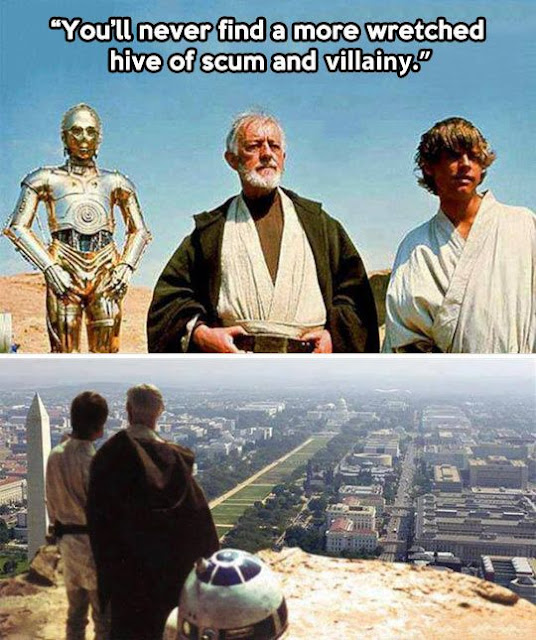 So now I deal with some of the folks working for the beast... some are willing Minions of Evil, others not so much.  Apparently the geniuses in DC have sent powerful messages to the proles under their Divine Benevolence telling them to "Be of good cheer!  Orange Man Bad is in trouble, so we need to keep up the charade a bit longer.  We proactively thank you for your loyalty and willing compliance citizen!"

Essentially, word I'm getting is the Post Orifice is getting stupider if you can believe it.  They're gone faaaar beyond the norm of social distancing, and are now stopping the workers from having water coolers in their shops.

Yeah... because water coolers -could be vectors- of a thus far minor bug at best for normies, and a bad bug for those of us who have to worry.  According to dude, (who was on a rant-from-hell) It's not like the the thing was the water cooler from Waterboy... 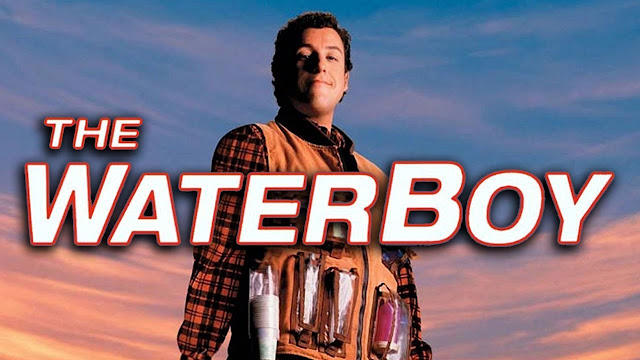 Apparently tho, rather than chance the thing, between the bureaucrats and the Union, they shitcanned the coolers, wrapped them in plastic, and told the guys and gals who work inside a hot-assed warehouse handling very heavy packages to suck it.

Utter brilliance of our Supreme Bureaucratic Oligarchical Overlords eh?  That and I realized a'la Gru from the "Despicable Me" series: "Lightbulb!!!"  The fucking Unions... got me a hunch that they're having a major say  in restarting/not restarting across the country.

This's a godsend for the Unions.  I'm pretty ambivalent myself regarding them... yeah they do good work, help making sure workers don't totally take it in the ass vis-a-vis wages, healthcare ect...  HOWEVER: codicil to that: There becomes a point where the Parasitic Nature of Unions becomes harmful and/or destructive to  the host... ask Detroit how the Unions worked out for them.

So my realization is that this Viral Bullshit/Lockdown can allow Unions to gain massive gains across the board.  No wonder Dark Lord of the Zon Bezos is clamping down hard on his slaves.  The Unions can legitimately (for the dot-gov point of views bureaucrats) claim that in "the name of saaaaaafety" that a whole bunch of retarded shit (like banning water coolers) can be pushed thru onto employers.  Any pushback could be met with the "well we won't go back to work then!" and the way things are going currently?

Fuck me.  Shit's about to go way sideways.

Upwards of 30 million unemployed right now.  30% of ALL food producers shuttered... yeah, Trump said he's gonna use the War Production Act to straighten that out, but that shit takes time.  And in our current situation, we ain't got weeks til the meltdown really kicks off.

Publix here in Florida, my local one... the meat has almost but disappeared from the store.  The nice 'custom cut' steak counter is shuttered til further notice.  Beef is going up, Smithfield bacon is a memory, and this weekend is payday.  I dunno if I'm gonna get the deep freeze for a couple of hunderd dorrar and load it, or if it's even worth trying to.  Methinks a family confab is needed, as while would be nice to have a freezer fulla steak and burgers, the reality is $400+ plus on a deep freeze, then another $2-300 on irreplaceable food....  thats a lot of bullets and guns man.

And those with the guns, leastways if the shit really gets really reelz, makes the fucking rules.

I'd much rather have a bunch of dangerous to other people stuff in the house than some ribeyes.  Much as the Mizzuz digs her steaks, another issue is the cooking of said-beefs... shit... that'll mark you as a target in a time of famine.  Even if it's cooked inside, you can still get a scent of the cooking outside if you really try.  Never mind if yer fucking starving.  Motherfuckers'd prolly smell a steak from three-quarters of a fucking mile away.

Yeah... keep that in mind dear readers... smells can be your friend if they belong to someone else.


Posted by BigCountryExpat at 6:00 PM