Back and with Clean Clothes!

Afternoon me Droogs n Droogettes
Well after yesterdays fuckfestivale of Laundry-stupidity, I managed to score another washer used on the Faceborg Marketplace.  Hooked it up for $150 bones...  Its actually the updated model of the one that blew up yesterday.  Updated doesn't necessarily mean 'better' tho... this 'un has a digital readout/control panel which I'm not fond of, but for the price, I'm not arguing.  Esp when Sapper n me hadda go to Lowes to get a new drain pipe... the old one was a cunthair too big so's we saddled up and did the "social distancing dance" at Lowes, and lo and behold, the washer I bought was on the floor on sale...

Man I feel good about it now.  The people selling it were ditching it b/c they have 5 kids and this one I now have was too small.  It's like brand new... I mean its perfect and when we loaded it into the car, the underside mechanicals were exposed and like no even one piece or speck of dust or nuthin'... then I saw it on the floor...

Fuckin' SCORE!!!!
Apparently the broad just wanted it outta the house so the hubby gave it a cut-rate price.  God knows the house that we went to pick it up from... somehow methinks these people aren't hurting for dinero.  The house was inside a fucking gated compound.  BIG house... HUGE yard.  Lotsa security (fence topped w/wire, cameras, the whole magilla.)  Kind of place I'd really like to have someday.

So, the clothes be clean, and the training at work is now complete.  So I'll be on normal schedule soon enough.  Gotta love it.

So the Trumpbux dropped, and I immediately ordered a new gun.  I mean the fed dot gov was kind enough to give me the means to do it, I may as well get myself something to defend my self against them with LOL.  I picked out an Uzi.  Post ban semi.  Building it myself actually as I've had the parts laying around... they were spares from the one(s) I had laying around from pre-xbitcho fucking me over...  I mean why not? 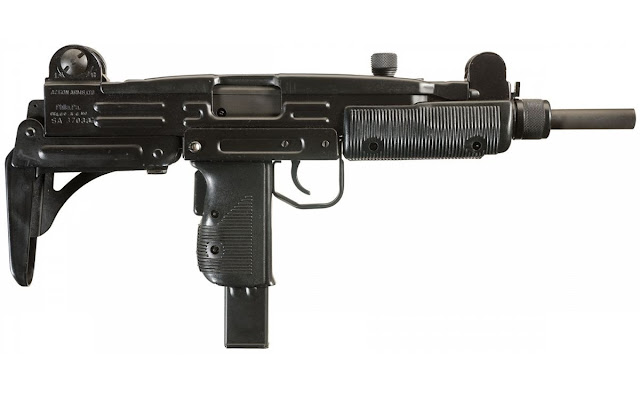 Truthfully they tend to be heavy as shit.  The bolt alone is like a pound-and-a-half on it's own.  What I do like about it is the simplicity of the action, the ease and cost of the build, and the availability of spares.  I'd really like to buy/build a H&K MP-5K model... I had one of those back in Iraq back in the day.  Fucking MP5K model is/was a hell of a car-gun.  Small bullet hose.  Problem is a parts kit for a H&K is like $2-3K... waaaay too rich for my blood and the completed built ones?

I've heard bad things about some of the 'off brand' Turkish and Pakistani builds...  I'd rather build my own from scratch, thankee very mucho.  At least then I know the quality of what I'm getting.  At least with the Uzi, the only place the parts for the most part comes from Hebe-Land.  And the Israelis don't fuck around when it comes to their firepower.

So, that's on order, and the only thing after (on payday) is to get something to feed it.  Thankfully ammo seems to be coming back, and Gunbroker has a pretty good selection of 9mm.  That being said, if shit goes sideways, I'd better get a supply stocked before the shit hits the fan.

Seeings how down here in Florida, the genius in charge of the County Mounties, Hillsborough County Sheriff Chad Chronister, AKA "Dumbass" let some slimebag nigger loose b/c Corona. This fine, upstanding, wanna-be Rhodes Scholar got released, and went out within 24 hours of being cut lose from jail, committed 'murder most foul' on some other nig in the Ghetto of Tampa. 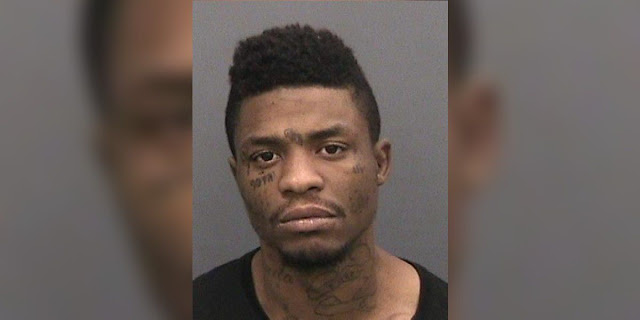 Looks like a fine, upstanding member of the community, no?
In reality, this subhuman has 36 prior arrests.

Top.
Men.
INDEED.
Got to say, the payout for the lawsuit on that particular case should be picked up by either the Sheriff or the Judge... whoever made the call, fuck sovereign immunity. Fuckers need to learn that there's a genuine price to pay, and I'll be damned if I have my property taxes go up because of this.  In fact I think I'ma gonna go to Change dot Org or something and start a petition for that exact thing.

I'm tired of paying the price for our so-called-betters when they fuck up royally.  I mean Jesus... Who the fuck thought it was a good idea to let a fucktard like that out of stir?  Goddamn... motherfucker is a poster boy for post-birth remedial abortion.  I mean the facial tats ALONE are a marker of "I'm a fucking moron."  Oxygen thief as my D.I. would call him.  THE ONLY reason I wouldn't make him an organ donor is the fact that he's a mad drug user, and his internals are probably shot.  And seeings his shitskin is soooo tatted up, he's not even viable for burn victims to use.  In fact, the incarceration of this asshole is gonna cost us (the citizens of the county) a fuckton of bux unless they go and give him the needle...  personally I'd say a delivery of 6 grams of lead to the back of the casaba would be far more cost effective and efficient.

Even worse, theres 163 more fucktards just like him that have been released and are running around loose.  Any wonder I keep a rifle on hand 24-7 now?  I can't risk doing otherwise.

Posted by BigCountryExpat at 4:19 PM