Seems I got the gig in the Middle East. <sigh>
Passed the Background Check and -so far- my Clearance is still good <queue shocked face!>
So, they want me to leave in like 2-3 weeks from NOW!
They got me doing MAD paperwork for the pre-deployment workup.

Just my luck, a Global Pandemic, and I get the dream job, hence the title of tonight's argument:
Should I Stay or Should I Go?

I have NOT heard back from the Work-From-Home gig -yet-..... so as far as I know I'm -still- in the running despite the XBitcho throwing me under a legal bus a few years back.  Even though, ultimately, the charges were dismissed I still occasionally have had offers either not made or withdrawn... THIS time, I kept my big, fat, fool fucking mouth shut during the process...  Before, I hadda H.R. friend of the fam tell me I should tell them about the issues up front in the process to let them know so's there ain't no surprises.

Yeah.  My ass... it just allows them to cut me off at the fuckin' knees so's they don't have to do paperwork methinks.  So for ALL the new gigs, I've been doing the 'holding the cards close' so to speak.  Let them be surprised.  Especially AFTER they give me an offer letter... MAKE them HR folks earn their fuckin pay Aye?

And amazingballz, I got two offers in writing mainly methinks cause I did the 'STFU' about the issues from the past.  Let 'em chew on it.  Ain't no mind to me.

So, we'll see.  I'm doing all the 'fiery hoops' for both jobs... Methinks the Middle East
Gig is going to depend on CoronaChan. 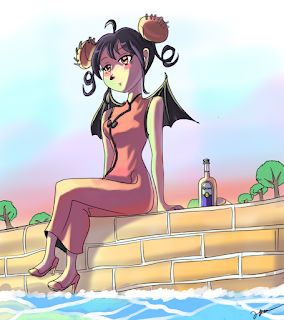 4017 increase in Infected... No where near last nights 15K jump, and the dead hadda 121 carcass count increase.

Guess they're back to using that quadratic eh?

So, now I have to Vait Und Zee about the whole 'do I want to work overseas when this shit goes Full Retard'?  I mean too much like "The Last Centurion" LINK HERE
I -highly- recommend reading it... GREAT novel... can't say it enough.  That and I get a minor commish if you buy it thru that link LOL.

I personally  love the book but do not want to try and live it per se.  Being trapped in Kuwait, which on the best of days is retarded, I'd rather not.  Not that I'd be "without means" however.  I mean I'd literally and figuratively be sitting on enough firepower and ammunition to form my own Militia of Contractors.  Armed to the fuckin teeth daresay I.

A "Metric Fuckton" of Ammo and Guns, to include Artillery and ho-ho-ho new model GAU-19B Vehicle Mounted .50cal Miniguns. 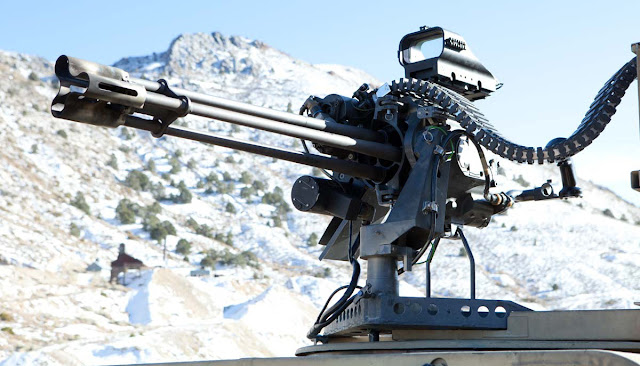 I'm currently studying up on that bad boy.  Need to.  I'm supposed to be the fucker who fixes it if it don't work.  SME time.  Lotsa fiddly-bits indeed.  That being said it puts a load of hurt downrange -mighty- quick.  And, unlike the M242 25mm (which also I'll have a fuckton of) this uses standard belted 50 as opposed to the peizo-fused electrically fired 25mm. I personally look forward to the regular test-firings that need to be done...

Lot to think about eh?

Also, seems some of the other bloggers out there are realizing the Love Boat is a floating petri-dish in the making.  Seems that they're (Joe Nip) are -finally- going to pull a buncha folks offa there, but methinks it's too little-too late.  Joe Chink I think has ROYALLY screwed ye olde Pootchie on this one...

We shall see.  More later, I'm baking Lemon-Cupcakes tonight, with a lemon-sugar glaze.  Til later I remain The Intrepid Reporter
Big Country
Posted by BigCountryExpat at 8:39 PM