Good Morning me Droogs and Droogettes!

Not this blog.  Just -everything else-.
I'm feeling a bit -inadequate- shall we say.  I was reading up about the newsies talking about the upcoming Artemis Space Mission and expecting the usual yadda-yadda-muh diversity- about the folks they picked... a Gay Transexual African American Basketweaver or some such bullshit...  (Fags in Space Indeed.) when I found this guy:
Dr. Jonny Kim 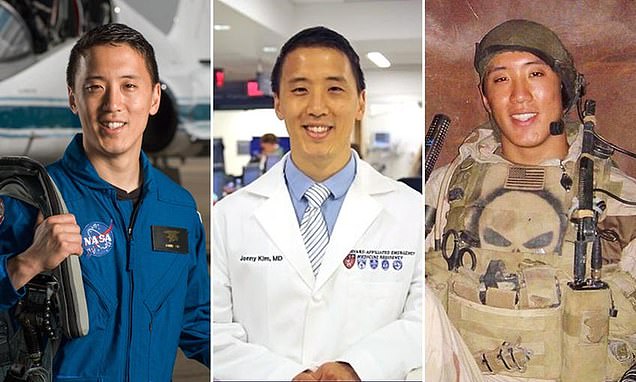 Yeah.  Dude... holy shit.  Leave some of the talent on the table for the rest of us huh Doc?  Checking him out... God DAMN man has MAD skillz and talent.  I can't possibly think of a better pick to load into a rokkit and shoot out into space.  Goddamned Martians have NO fucking Idea who they're gonna be dealing with.  Motherfucker prolly be able to operate without a goddamned space suit.  And not only that, he can 'operate' and then even "Operate":
Matt's Best
Can you imagine being siblings with this guy?
"Well Mom, Jonny seems to have done it all so if you need me, I'll be in the alley out back, huffing spraypaint and smoking crack."  I mean sheesh!  I'm feeling like I ain't done shit and I'm actually doing well considering...

This dude is at a whole 'nother level.

So yeah, I'm geeking about the upcoming Mars mission.  I really dig the space program and am glad that Trump seems to have gotten it back on track after the disastrous Obozo Era of "Fags in Space", as well as "Outerspace for Allah" and all that muh-diversity bullshit NASA was doing.  Back to real missions.  None of this 'outreach' shit.

Hell, even if the fucking mission doesn't happen, I know one motherfucker who I want with me in a Zombiepocolypse.  Guy's resume reads like fictional character from a John Ringo novel.  In fact, the book is 'Islands of Rage and Hope.' https://amzn.to/384nz21 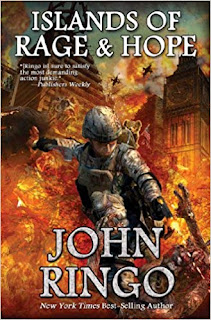 Posted by BigCountryExpat at 9:56 AM