You want a war? Because THATS how you get a war...

Good Morning my Droogs and Droogettes!  As Popp sez "Live from the Laaaair!!!"  (Love Top Popp... the ULTIMATE BADDASS)... It's Big Country from the Home for Wayward Veterans with the lowdown on some fucked up shit. 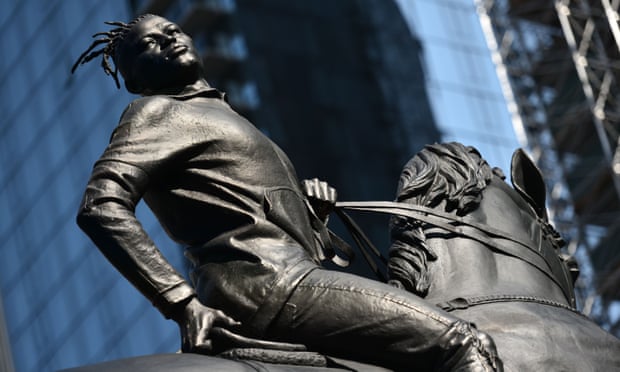 Uhhh... No.
Apparently the Fuckhead Brigade isn't done provoking the living shit out of people in Virginia.  The majority of y'all have been following the news of how they've taken off the masks and have plainly stated that they're coming for the guns.

A lot of Sheriffs have replied BFYTW.

Soooo... not enough that they are going to try and take away assault rifles because of FEELZ, ORANGE MAN BAD and or suspend the Second Amendment, They are apparently trying to foment a race war.

I'm posting it twice here to really allow you to understand.

I'll even encapsulate it.

I mean there's "Fuck You, we took down your statues of your honored dead and smashed them" level chutzbah(and yes, that is an intentional reference),  Then there's "Double Dog Fuck You, we put up a statue of Saint Trayvon of Lean to piss on your traditions."

I can for certain say things are more than likely going to go hot there.  I had a to-be-not-named friend of mine reach out to me who lives in Virginia last night and needed some advice on what Poodleshooter (the M-4) he could get quickly and at a decent price.  Apparently ALL the M-4/AR Variants in Virginny are either spoke for, or going at outrageous prices.  This is a family man, retired field grade occifer with a passel of kids... who's like "Oh hell to the fuck to the NO!"  He's already on a list or 5 due to his service, and his passion for the Civil War...  He even owns and can run a Horse Artillery piece...  he does reenactments for fun... Looks like he might be able to put on the Butternut for real in a short-short.

OK:  Time to go to an interview, Wish me luck.
Til later I remain the Intrepid Reporter
Big Country

Posted by BigCountryExpat at 10:00 AM