What part of "We WILL Shoot You." Do You NOT Understand?

Good Evening My Droogs and Droogettes out there in the Intarwebz.  A bit of a fey and cold evening in South Central, home to Big Country's Home for Wayward Veterans.  A bit on the tired side tonight... must be too much blood in my alcohol system.  That and I caught the next round of flu bug running loose...  After this one tho I should be set for the season.

That being said, I'm just about fucking DONE with our self proclaimed "Lords n Ladies" and "Betters" telling us how they 'know what the best thing for us' is.  The best thing... It... subjectively an object.  What thing is "it" of which they speak?

It's been old.  It's not getting any better.  It's not even on life support.  Whatever IT is even...

I don't trust "THEM" anymore.

None of "THEM".  At All.  The Compact has been Broken.

It has been rendered "NULL" and "VOID" by their actions NOT ours.

If the Democratic Party and the Elite Media was the equivalent of a Rabid Dog, both would have been put down with extreme prejudice faster'n Tommy put one in the "X Ring" of Old Yeller.

Except no one would cry if the Media and Democrats were shot en mass
The issue is, and remains, and I've ranted about it before, is "The Bubble".  These people have no idea what it means to be a regular Joe/ette.  It's why we get "Slow Joe" Biden, the human-gaffe machine running off the mental reservation and coming off like the demented Alzheimer's affected drunk Uncle on a holiday.   Biden has been 'inside' The Bubble" since he was 29 years old!

Its a bit long, but I got into it with a Liberal on Facebook...  This ignorant bitch went after a buddy of mine, and albeit he's ok with holding his own, I really got pissed off... so I buried her...

"Good Evening Nichole. Wow...insulting people you don't know? really? How "progressive" of you...Jay is something you'll never be... a hard working decent Man, who happens to be a Veteran that I served with... Not saying you're NOT hardworking, but the fact that Jay is a white male veteran probably 'triggers' the hell out of you... (Drives you nuts doesn't it?) You don't like Trump? Great. I'm no big fan either, but he IS funny as hell as people on your side of the political spectrum just -can't- get past your blindness and hate... or wrap your head around that he's running CIRCLES around the idiots AND the media in DC, AND making Liberals even MORE insane as he goes..

And you call yourself "Progressive?" As defined: "Progressive- a person advocating or implementing social reform or new, liberal ideas. synonyms: innovator, reformer, reformist, liberal, libertarian." NONE of which that I can tell defines you. I looked at your web page, as well as your own... so anyways, to continue...

Guess what sweetheart... yer stuck with him, The Cheeto Jeebus,  "The God-Emperor Donaldus The First"... Because you are too wrapped up in Trump Derangement Syndrome to see that fact, no amount of screaming, yelling or lunacy on the Left, or actions by the Democrats and/or "Progressive" throwing tantrums is going to do a damned bit of good... In fact, I LOVE the "Resistance" chicanery... (Antifa apparently can't organize an orgy in a Hong Kong Whorehouse if they had 20 Metric TONS of $100 dollar bills that I can see... Nor could (((Nadler))) et. al... jes sayin') If anything, I suggest seeing a p-shrink if it bothers you -that- much. In fact, so far, we Libertarians/Unreformed Constitutionalists (real ones, not wannabes) and the Republicans/Right wingers have tolerated QUITE a bit of shenanigans and violence from y'all on the left.

And yeah... we TOLERATE ya'll... like we tolerate a 3 year old with shit in his/her diaper throwing a fit and/or flinging poo b/c y'all ACT like undisciplined savages.

Please, Shut. The. Fuck. UP.
To whit: "Savage: noun 1. (chiefly in historical or literary contexts) a member of a people regarded as primitive and uncivilized. synonyms: barbarian, wild man, wild woman, primitive".

Sweet God in Heaven, WTF IS That?
As some more enlightened pundits have pointed out, the Second Civil War has started, but "only the Left is fighting." Which is a BAD. THING.

Your denigration and oh-so-self- righteous attitude towards 'rednecks' and "Trump Trolls" is highly indicative of a lesser understanding of -just- what you are wishing for... and what you and your ilk might receive... call it the Law of Unintended Consequences... 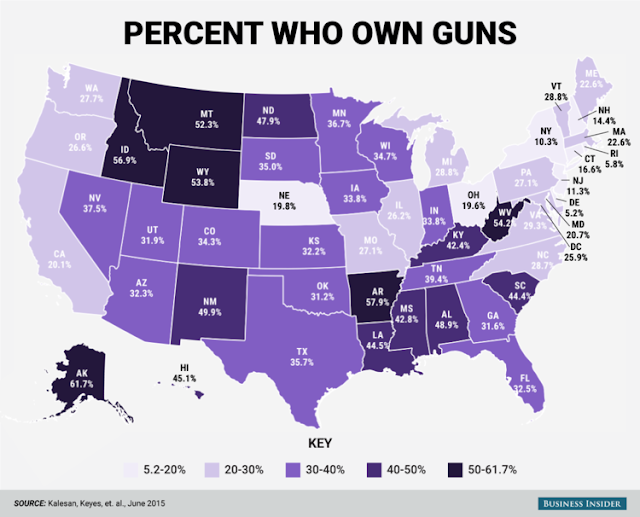 Y'all Some Dumb Motherfuckers Out There...
Like so many in the the majority of "Blue" states that have such a highly concentrated population of liberals, well, therein lies the problem... It forms a bubble of unreality... The areas with the highest amount of combat veterans, gun owners, and all around getting-sick-of-this-bullshit people live in "Red" states. The people that you would consider to be the 'deplorables' that Hillary derided during the campaign happen to be the core of AMERICA. The most heavily armed, highly trained and getting-tired-of-your-fucking-bullshit-tantrums people live in the "Red" states... One simple question: Let me just ask you: Does the name "Custer" ring a bell?

Essentially, what I'm saying is at some point the adults decide that it's time to square the child away... either a beating or a 'time out' shortly follows. No more putting up with the tantrums, and sure as hell, the child usually ends up sorry and sore. The Left had better wake the fuck up before it comes to that.  Because THIS time, the 'beating' will more than likely be fatal.  No 'take-backsies' or 'Oops'... It'll be a "War to the knife"... which will be the end of you and your line, as well as the end of everything you hold dear.

Progressivism will be studied one day as a mental malady... a mass dementia that went untreated too long and festered unheeded in the body-politic until its rot spread, only until the white-hot cleansing of fire and steel could remove it... permanently.

Anyways... damned... I really spent too much time on this. My apologies for whatever apoplexy/stroke you're probably going to have from this, but I'll be damned if a spoiled self involved bullshit artist/hater insults a friend of mine. Have a nice day, and remember: It's OK to be white. (Just like it's OK to be black/brown/green/purple/whatever... as Yoda said, "It matters not.")

Sooooooo.  No idea if this broad suffered a stroke out (methinks she did) but yeah, I'm now blocked and getting tired of seeing the nonstop division out there.

On their heads, so be it.
Until Later, I'm the Intrepid Reporter.  Keep yer powder dry.  Hard Times are coming sooner rather than later...
Big Country

Posted by BigCountryExpat at 1:30 PM