Greetings to the Deplorables in da House!
All y'all know who you are and why yer here... leastways I -hope- its because I provide some form on entertainment.  Todays subject is (besides work) is touching on the Project Veritas drop that came out today:

Yeah... I made that on one of the 'make a fake tweet' websites right after I watched the drop.

The quote "We had Clinton... We had everything!" from three years ago was my inspiration.  I threw it up onto my FB page and a couple of my friends LOL'd it, some outright stole it, and one dumbass came out and was like "This's fake!  The timestamp is wrong!"

I gotta cull the herd I swear...

But yeah... typical.  3 fucking years these fucking Media swine covered up the whole shebang.  Personally, I'm down for a "Night of the Long Knives" followed up with "Morning of the Mass Graves" when it comes to all  of these people.

When in the hell do we get to start killing these motherfuckers?  In wholesale lots preferably.

And don't even get me started on Mexico and the fucking fiasco that took place there today.  Holy fucking fucktards.  Women and Children?  6 month old fucking twins?  The Cartels might have fucked up one too many times this time...

Just what in the fuck are we doing about this?

Apparently Fuck All and Nothing.  A strongly worded letter to the Mexican (Non) Government admonishing them for allowing the drug Cartels to run around loose?  A bit of a Diplomatic Tiff eh Wot?  And seems that Obrador or whateverthefuck the Head Bean's name is said : Piss off and Die Gringos!

Dudes and Dudettes, this is why a guy like me should/shouldn't be in fucking charge.  First things First:
1) Tell Mexico and the Head Beaner they got 24 hours to deliver the heads of all involved cartel members.  No squishy 'arrests'.  No Quarter.  Raise the Black Flag and start Slitting Throats.  ALL THE THROATS.  Like every. single. male. over the age of 14 within a 200 mile radius.  They want war?  I'll show 'em a fucking war. 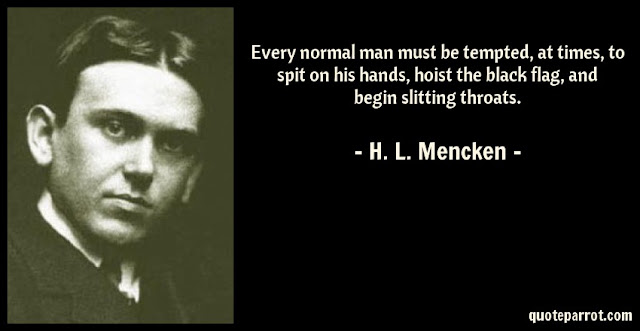 2) When and I do mean -when- the beaners tell us to blow (which they already did apparently)  Call up the ENTIRE  Fort Hood Complex and deploy the entirety of available armor  to the border.  Seal that fucker shut.  Between 1st Cav Division, 3rd Armored Cav, and the 41st Fires Brigade, they -should- ostensibly- be able to seal the border.  And deploy them hot.   Full combat loads.  Call up Bliss and tell 'em to roll the Support elements for an extended period.  Once in position, hold ON the border.  Give 'em a 500 meter "dead zone" inside  our side of the border.  Anything that moves, breathes or farts inside that dead zone, YOU KILL, WITHOUT HESITATION, AND WITHOUT REMORSE.   Kill any living creature that DARES break our sovereignty.  Half a klik is enough of a warning...

3)  Once the border is sealed, let the Head Bean know that he's -still- in charge for the moment.  ANY lack of enthusiastic acquiescence to anything we tell him will be met by having the remaining elements of 24th Infantry roll up to assist with a full scale invasion.  You want war?  You got a war fucknuts.

4)  Once the sanitized zone is set up, lead elements of the 2nd Ranger Bat can drop to laze targets inside of Beanerville.  I'm sure the NSA has a lock on ALL of the Cartel safe houses, and probably a shit ton of other intel.  ANYthing inside of that area, gets a full douching courtesy of  some A-10s.

5)  A-10s can then roll in and start with "Snake and Nape" and some Rockeye Cluster Bombs.  If the Cartels decide to duke it out, or if they manage to surprise us, utilize the 41st Fires Brigade (A full brigade of Artillery... bad juju for the bad guys) to start lobbing some 155 DPICM all over the A.O.  Between Napalm, Cluster Bombs and Dual Purpose Incendiary Cluster Munitions, 155mm, they can always linger and strafe with the 30mm Blunderbuss. 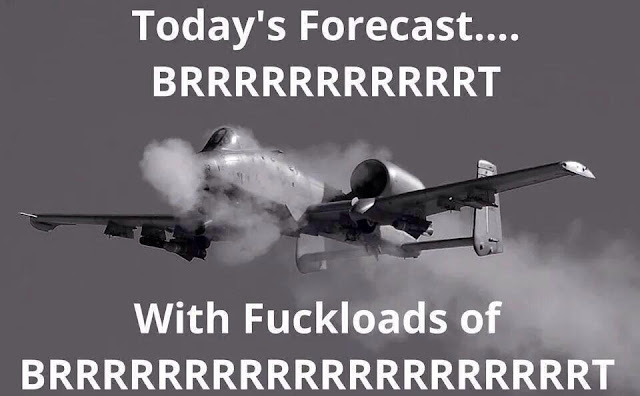 I figure after 30 to 40 THOUSAND dead motherfuckers, the fucking Cartels will learn
toute-le-fuckin-suite to stay the FUCK out of the states... that is if -any- of them are left alive.

But who the fuck am I kidding... nothings going to happen, nothing will  happen, and the fucking Mexicans will keep being Mexican'ts, and we ain't allowed to shoot them either, never mind deport them...
>Sigh<

Posted by BigCountryExpat at 5:51 PM