Thanks to a Curmudgeon, Now I have to work dammit!

So's the Intrepid Report of Past Fame and Faded Glory is back on the scene with a few new readers.  Mostly thanks to a guy named Phil who kinda booted me out of my 'funk.'

I guess I needed an Old Bastard to tell a Fellow Old Bastard that doin' what I do is worthwhile and entertaining... so here I am!

So... so much for the long hot showers in the wee hours of the night, I don't roll that way LOL!

Sentimentality and thanks aside, I -will- through out my ORIGINAL "Intrepid Reporter" blog.  It's out there, but unfortunately, some weasel dicked cocksucker got into it, and changed all my shit in it, (password/security questions etc.) and despite me getting on the Phone and Threatening the Hindu Helpdesk on the other end with Vile Curses of Babylonian Ba'al-ish Brimstone and beating him with a Side of Sacred Beef, he refused to budge.

I even tried bribery... no fucking chance. (I think THAT shocked me more than anything else)  Soooo that being said, the original link is:

It ran from 2008 to the end of 2009... about 45-50 stories of daily life and my observations of and while in a stupor of military-driven stupidity, political cowardliness of our leaders of the time, a complicit and traitorous media, troops who had become props, and my pesonal fave: any amount of Alcohol or Meds I could beg borrow buy and or scheme.  One does not simply sit in Baghdad and NOT get fucked up when the opportunity arises. 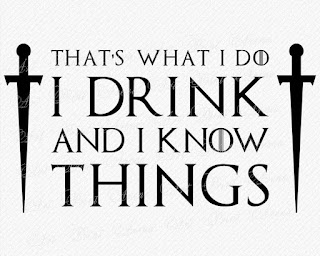 Hunter Thompson in a Combat Zone if you will.

Let me know what you think and I'll keep on being an asshole.  It's damned near one of the few natural talents I posses... that and the ability to drink a Liter and a Half of Vodka in one sitting, and waking up mission capable the next Morning.  (Not FULLY mission capable mind you... I am fucking getting old... I just hope the warranty on my fucking liver hasn't expired yet.

Until Later then
I remain, The Intrepid Reporter
Big Country

Posted by BigCountryExpat at 2:34 AM